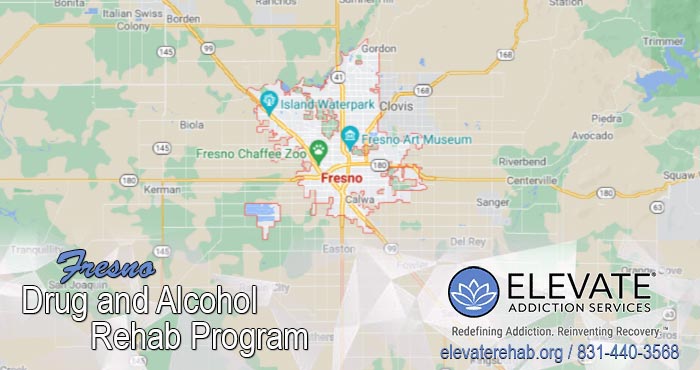 Fresno is the fifth-largest city in California. Also referred to as California’s “year-round playground,” Fresno is home to many outdoor marvels. Fresno County is one of the only places in America with three national parks within a 90-minute drive.

Sadly, individuals in Fresno are still susceptible to substance abuse issues. In 2017, 17 percent of adults in Fresno reported binge drinking in the last month.

Substance abuse can have many adverse effects on an individual’s life and their loved oned’s lives. Common substances of abuse in Fresno and Fresno County include:

Alcohol and marijuana are both frequently abused in Fresno. More than 59 percent of individuals under the age of 20 were admitted to alcohol and drug treatment programs in Fresno County.

Opioid Abuse on a Decline in Fresno

The rate of mortality due to opioid overdose has slowly declined in Fresno over the last couple of years. In 2016, about 62 individuals died due to an opioid-related overdose, but in 2018 that number was down to 35 individuals.

While this decline is encouraging, opioids and other prescription medications continue to be abused in the Fresno area, causing harm to its residents.

Is Fresno Still Considered “The City addicted to Crystal Meth”?

In 2010, the BBC aired a documentary about Fresno titled “The City Addicted to Crystal Meth.” While abuse rates for methamphetamines still remain high in Fresno, “meth capital” is not accurate, according to sheriff Margert Mims.

Law enforcement reported to a local news source that once Proposition 47 was passed in 2014, it made it easier for drug dealers to target vulnerable populations like the homeless.

Prop 47 is a law that reduced possession of small amounts of drugs from a felony to a misdemeanor, making it so that if someone has a small enough portion of a drug with them, they cannot be arrested.

This law’s overall goal was to decrease the prison population and redistribute those funds into helping the community with mental health and substance abuse resources. While drug addiction is considered a nationwide epidemic, there are cities in the Midwest with higher meth abuse rates than Fresno.

Fresno offers a handful of drug and alcohol treatment programs locally. These programs generally consist of the following:

A balanced recovery should use a combination of the above to be long lasting. Individuals will want to think about their situation, such as the severity of their addiction, and their needs before they enroll in addiction treatment.

The Importance of Detoxification

Most rehab centers will start people out in a detox phase. While some believe that only certain drugs need to be detoxed from, we at Elevate believe that all drugs should be removed from the system. No matter what substance someone is taking, they are likely to have difficulty with quitting, even when the substance is strictly controlled.

Whether the effects of abusing a substance are mental or physical, a detox phase can help with centering the mind before continuing a recovery journey. Being in the right state of mind can make the rest of the recovery process more tolerable because there won’t be underlying symptoms to be concerned about.

Would I Do Better in an Inpatient or Outpatient Program?

Inpatient and outpatient programs are the two most common drug and alcohol rehab types. Which program someone will do better in highly depends on their situation. Some things to consider when choosing between the two may include:

While outpatient and inpatient rehab has been proven to be equally effective, individuals experiencing a relapse will likely need the additional support structure an inpatient program provides. It’s important to not let previous experiences rule out another inpatient program.

Individuals addicted to more than one substance for more than six months will also want to lean towards inpatient programs. Inpatient drug rehabs are designed around the individual living at the center while in treatment.

Having an individual living at the drug rehab facility is important for people taking more than one substance and have been doing so for more than six months. The  new, supportive environment lets them focus solely on their healing and not on distractions that might occur in “real life”.

It’s more likely for someone who abuses substances to have a mental health disorder such as major depressive disorder or anxiety. Dealing with both of these issues at once can be difficult in an outpatient setting because “real life” can get in the way of consistent treatment. In an inpatient setting, distractions are at a minimum and counselors have more availability.

When there are many options for substance abuse treatment, it can be overwhelming trying to decide which one is best for you or your loved one. Finding the right treatment program could be the difference between someone experiencing a positive or negative recovery.

Our holistic approach is centered around treating people on the whole. We look at every aspect of their lives, including mental, physical, spiritual, and emotional. This helps get to the root of the substance abuse problem and not simply treat its symptoms.

With inpatient, outpatient, and telehealth options, we are prepared for any situation. Call us today to learn more about how we can help you reclaim your life. 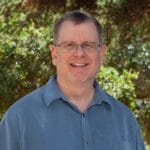