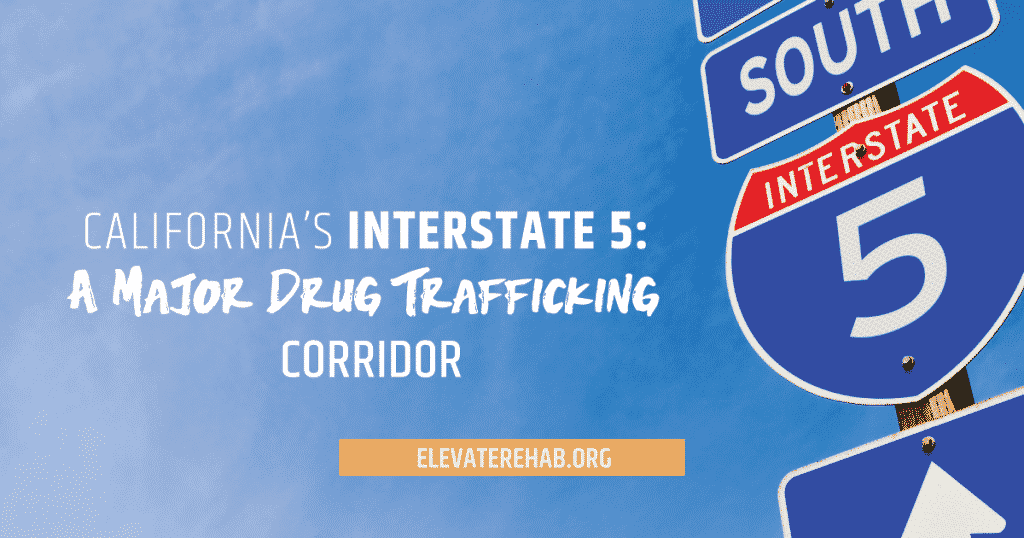 Interstate 5 is a major stretch of highway that runs from the border of Mexico, through California, Oregon, and Washington State, and into Canada. The road is heavily used by the American trucking industry, whose drivers haul everything from produce to electronics.

As a result, the I-5 is an integral part of the West Coast’s commerce and logistics. Unfortunately, the highway also plays a significant role in the black market transportation and distribution of illicit drugs.

Given the convenience and logistical perks of the I-5, it is only natural that drug traffickers also use this road for shipping and distributing their illegal products.

The California I-5 Drug Corridor

The 3 HIDTA in California act as supply hubs to the rest of the West Coast, and the majority of illicit drugs that Californians consume are distributed from these locations.

The drugs transported through these HIDTA are usually sent to supply drugs to nearby major cities. However, the abundance and flow of drugs through these hub locations have had devastating effects on nearby cities, suburbs, and rural communities.

This accounts for the massive surge of drug abuse and addiction in rural areas outside the Bay area like Salinas, Gilroy, Monterey, and Stockton. Traditionally, these areas have seen very few addiction and drug-related crime cases compared to the major cities.

However, greater use of Interstate 5 as a drug trafficking corridor has resulted in increased availability of drugs in nearly every county in Northern California. The state has also seen record numbers of residents seeking addiction treatment.

Small towns along the interstate are now being targeted as regional hubs for distribution following the increased use of opioids, methamphetamine, and heroin in these rural areas. In Merced County, cartels have established distribution centers to feed drugs to towns such as Los Banos, Merced, Turlock, Hollister, and San Lucas.

Lower level dealers have relocated to these towns to spread access to drugs even further and build up a “customer base” of users across county lines. This extended distribution network has increased the accessibility of drugs to people in even the most remote parts of Central and Northern California.

These areas are so small that the local population has limited options for recovery and addiction treatment.

Access to illegal drugs has expanded so rapidly in Northern California that state-funded programs and healthcare clinics struggle to keep up. Treatment facilities have become overwhelmed by the influx of individuals that require detox and addiction treatment.

With the ever-growing need for professional and comprehensive addiction treatment in Northern California’s rural corners, Elevate Addiction Service extends a caring hand to those rural Californians who cannot receive the treatment they need in their communities.

At Elevate Addiction Services, we are happy to accept guests to our programs from anywhere in the United States, including rural California. We offer our prospective guests a unique holistic-based approach to addiction treatment that can be tailored to each individual’s particular needs.

Our primary residential location in the Santa Cruz Mountains offers a retreat for those recovering and healing, with amenities and personalized therapies that teach clients how to confront their addictions and live without drugs or alcohol.

Our full continuum of care extends from intervention and detox through a 90-day inpatient recovery program. Our clients also receive comprehensive aftercare services and alumni support to help our guests on the road to recovery.

Addictions have been trafficked into our California communities. We at Elevate want to help those affected by offering real hope for long-lasting recovery.

Contact us today, and we can begin building an individualized recovery plan. We can also answer questions about transportation to our facility from any surrounding California counties or outside the state.