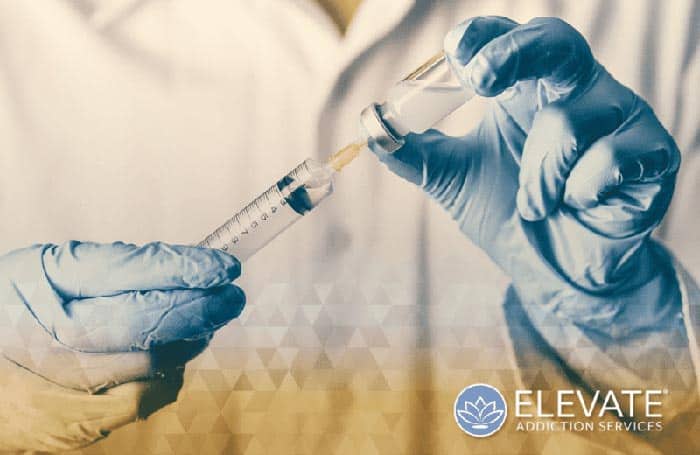 Heroin is one of the most addictive substances treated at drug rehab treatment centers. In 2017, up to 15,482 people died from a heroin overdose, according to the National Institute on Drug Abuse (NIDA).

Why Did Canada Approve Prescription Heroin?

While prescription heroin and other prescription opioids have and do continue to exist, these are typically only prescribed by doctors for severe conditions.

The prescription will be limited as well to reduce the chances of developing an addiction. That brings us to where we are now.

In September 2016, Canada decided to allow “severe addicts” to take prescription heroin as a medical treatment.

According to The Washington Post, the purpose of this is meant as a last resort if other addiction recovery methods haven’t worked.

This is not necessarily as surprising as a decision as it seems. In Vancouver, there’s a clinic called Crosstown, where staff administers a heroin maintenance program.

Under this program, addicts can get free heroin injections through a medical professional, often a nurse.

The idea has spread to parts of Europe but does not exist elsewhere in Canada. No other such options are present in the US, either.

The point of this new prescription heroin plan and a place like Crosstown is Canada’s attempt to bite back at the severe opioid crisis.

In the Washington Post article, it’s mentioned that Crosstown has the funding of the provincial government of British Columbia for its services.

Crosstown has been around since 2005 and, as of this writing, treats more than 50 addicts. All patients have a special exemption through the courts to get this prescription heroin.

These people have tried detox and methadone but with no success. It’s not uncommon for multiple visits to Crosstown, sometimes thrice daily.

Few people who enter this particular program will drop out. In fact, according to the article, most patients who get heroin this way tend to commit fewer crimes and lead decently healthy lives.

While the US has expressed interest, or at least a mild curiosity, about Crosstown’s doings, and some of its employees even came to Capitol Hill in 2016, nothing has progressed beyond that.

There seems to be a divided view of Crosstown’s treatment methods in the US. The same is true even in Canada, the clinic’s home country.

The opioid crisis is a leading national concern, and heroin is considered an opioid. Separate data from NIDA mentions that opioid overdose and abuse kills more than 130 United States residents daily. That’s more than 47,000 annual deaths.

What makes less sense then is a new decision from the Canadian government to allow prescription heroin in their country.

What is the full scope of this decision? Will it alleviate the opioid crisis or only serve to worsen it?

We will explore this governmental choice in full in this article, including addressing the repercussions.

The National Institute on Drug Abuse defines prescription heroin as any opioid medication prescribed through a medical professional.

There are many reasons a person may be prescribed heroin or another opioid by a doctor. It’s a standard treatment for:

Because these addictive meds can cause a high, it’s easy to abuse opioids on a prescription level.

Symptoms of overuse and misuse can include:

These might not seem like severe symptoms, but in some instances, hypoxia can occur. This is a severe side effect that alters the levels of oxygen getting to the brain.

If it’s not treated right away, irreversible brain damage and coma may occur. In some cases, death may occur.

What Is the Full Extent of the Opioid Crisis?

As mentioned, part of this unorthodox approach to approve prescription heroin in Canada stems from the country’s attempt to ward off the growing opioid crisis. This crisis is just as problematic in the US.

As you recall from earlier in this article, NIDA mentioned how 130 US residents would die a day from opioid overdoses.

Today, we are in what many call a full-blown opioid crisis. It all started at the tail end of the 1990s. It was then that many pharmaceutical companies were spreading the misguided belief that the medical use of opioids, such as for pain, would not lead to addiction.

This coincided with opioids being prescribed much more often than they are today. With more access to opioids than ever before, addiction rates ramped up.

In this chart from NIDA through the Centers for Disease Control or CDC, you can see how, in each subsequent year from 1999 through 2017, overdose deaths have increased.

It seems that most people who are addicted to opioids get their first taste of them through prescription medication.

The National Institute on Drug Abuse mentions how at least 21 percent of those who receive this prescription medication will use it for purposes other than those intended.

Those who do abuse opioids can move on to heroin, with at least four percent doing so.

Having abused opioids may be an indicator of later heroin addiction. According to the National Institute on Drug Abuse, most heroin addicts (roughly 80 percent) started with opioid abuse.

Will Prescription Heroin Hurt or Help the Opioid Crisis?

That brings us to the main question: is Canada’s prescription heroin treatments an actual “solution,” or will it just worsen the opioid crisis?

That depends on who you ask. There are certainly proponents both for and against Canada’s somewhat controversial medical decision.

Those who are for medically-prescribed heroin cite the benefits. It has been proven and mentioned in this article that those who receive heroin from a clinic are less likely to commit crimes.

They’re also healthier than addicts who get their heroin fix another way. It could be argued these people are safer, too.

They’re at less risk of injury or incident than they would be if they were roaming the streets buying off dealers.

They know they can get a secure, reliable source of heroin that is medically-approved whenever they want. It also doesn’t cost them any money.

All that may be true, but the point still stands at the end of the day: these people are addicted to heroin.

Whether they shoot up in the streets, at home, or a Canadian clinic, each time they do, they’re just furthering their addiction.

Remember that more than 15,000 people fatally overdosed from heroin in the US in 2017. According to the CDC, per every 100,000 citizens in the US, that’s five people dying from heroin.

This is an extremely addictive drug that absolutely can kill. While those who receive medical heroin are limited on how much is injected, mistakes can happen and cause an overdose.

The goal of ending or at least preventing the opioid crisis should be to get more people off heroin and other addictive opioids.

Even in a medically-supervised environment, giving people access to these drugs doesn’t seem like it will keep the opioid crisis from ending.

If anything, the crisis will continue indefinitely if these parties can get heroin from a clinic each time they need a hit.

Those who do visit a Canadian clinic like Crosstown are not necessarily leading regular lives, either. Earlier in this article, we mentioned how it’s not uncommon for some people to visit on three separate occasions throughout a given day.

How can a person hold down a job or live a fulfilling family life if they keep running back to a clinic for their next hit of heroin every few hours? They can’t.

Not More Progressive Than Treatment

Canada’s approval of medically-supervised heroin injections may seem like a progressive idea. It’s not necessarily the worst, as the quality of life of those addicted to heroin does increase.

However, that’s not enough. These people could have a higher quality of life if they weren’t addicted to heroin at all. For these parties, heroin rehab is what they need most.

By entering heroin addiction treatment, these people can enjoy a healthier, happier life of less crime without going to a clinic for heroin injections.

They can overcome their addiction at a drug addiction treatment center.

Addicted to Heroin and Looking for a Drug Rehab Center?

Heroin abuse is one of the most challenging habits to kick because of its very addictive nature. Those who are thinking of entering drug rehab centers or heroin rehab should consider Elevate Addiction Services.

Our Approach to Treatment is Different

For one, we believe in taking a non-12-step approach to sobriety. While the 12-step program was popularized among those battling alcohol addictions, it can come up in drug addiction recovery.

Here at Elevate Addiction Services, we don’t like blaming the enrollee for their heroin or opioid addiction. Many people who got hooked on opioids were told these weren’t addictive medications.

To be blamed and held responsible in a 12-step program just intensifies feelings of guilt and shame.

That’s why, at our drug addiction treatment center, we will never blame our enrollees. We’d instead get to know them as individuals so we can get to the source of their addiction.

Perhaps they were prescribed medical opioids and got hooked. Others have addictions that started as a means of overcoming past or current traumas.

We also believe in a holistic approach as part of our heroin addiction treatment at our drug rehab centers. With this holistic care, we approach wellness and sobriety through better spiritual, mental, and physical health.

We offer countless activities as part of our drug treatment programs that renew the spirit of our enrollees. These include music and art therapy, meditation, and yoga.

To improve mental health, we have group therapy as well as one-on-one sessions with all enrollees.

Not only do we want to track what started the addiction at our drug addiction treatment center, but we want to create a roadmap for future sober success.

For physical health, we recommend outdoor therapy or countless other physical activities. We even restructure our enrollees’ diets, offering them nourishing and filling nutritious meals.

Through an improved diet and more exercise, our enrollees begin to feel better even before completing heroin addiction treatment.

The Importance of Aftercare

Finally, there’s our aftercare. This is the last component of our heroin addiction treatment. With this, the enrollee stays in touch with a staff member of the drug rehab treatment center.

This sense of accountability is intended to keep the newly-graduated enrollee on the path to sobriety. Since they learned toxic parties and places to stay away from, the enrollee has a better chance of maintaining their new sober lifestyle.

Those looking for a drug rehab treatment center for heroin rehab should look no further than Elevate Addiction Services.