Drug-Related Crime On The Rise In Salinas, California 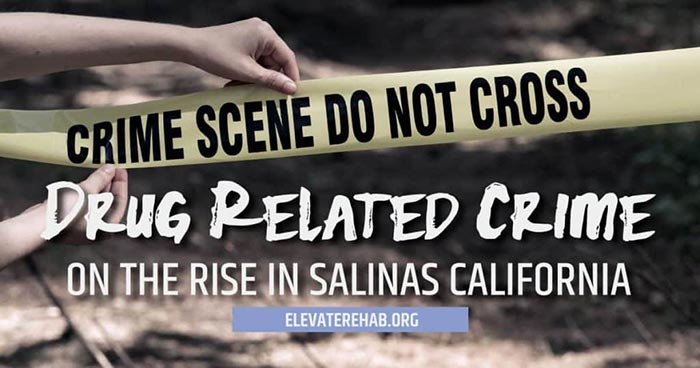 The United States is currently in the midst of a widespread health crisis. Drug overdoses have now overtaken motor vehicle collisions as the leading cause of accidental deaths in the nation.

Prescription opioids and heroin have claimed the most lives, followed closely by methamphetamine. Each of these substances is extremely dangerous, capable of killing users and encouraging violence in users and dealers alike.

The drugs contribute to the Mexican drug cartel’s cash flow, forcing law and advocacy and awareness groups to make aggressive efforts to curb the influx of heroin and other drugs in the area.

The murder rate in Salinas, California nearly doubled between 2014 and 2015. Nearly every single homicide in Salinas was due to drug-related criminal activity.

Even worse, the vast majority of these homicides were the result of heated domestic disputes that escalated into violence, fueled by drugs and alcohol.

This trend suggests that the increase in domestic disputes and subsequent homicides has been driven by drugs and substance abuse.

Salinas’ police officials have cited that an understaffed police force and new legislative measures have directly contributed to the rise of drug violence in the area.

Proposition 47 recently changed several drug felonies into misdemeanors. The change has allowed drug abuse to escalate in Salinas communities where police officers are unwilling to patrol areas with high numbers of drug users.

Police departments view the potential risks as too great for enforcing a crime that is no longer considered a felony.

Salinas’ law enforcement and other agencies have devised numerous tactics for combating the drug trade in the area.

In 2015, a six-month-long investigation dubbed “Operation Quiet Riot” led to 17 gun seizures, 17 arrests, and the recovery of four pounds of methamphetamine.

Those apprehended faced various charges including the possession, sale, and trafficking of narcotics and conspiracy to distribute.

Another operation in January of 2016 led to five arrests. Police received complaints of drug trafficking activity in an apartment complex, and a car chase ensued once the suspects were confronted.

After the chase had come to an end, drugs were found inside the vehicle, and police proceeded to serve a search warrant on the apartment.

One recent arrest sent shockwaves through the startled the Salinas community. In June of 2016, Raul Tapia was arrested for possession and sale of drugs after police found methamphetamine and over $3,000 in cash in his possession.

Tapia was a co-founder of the Motivating Individual Leadership for Public Advancement (MILPA) nonprofit organization–his arrest stunned members of MILPA and the greater Salinas community.

After Tapia’s arrest, police served a search warrant for his residence and recovered six grams of cocaine, 44 grams of methamphetamine, and several firearms.

Heroin Use In Salinas

In addition to drug-related criminal activity, Salinas, California has also seen a recent spike in heroin use.

Heroin is a powerful opioid capable of producing intense physical dependence, and its users face a high risk of overdose.

Heroin is not regulated, so it’s common for drug dealers to pad their sales by cutting heroin with a wide range of life-threatening substances.

Fentanyl, an incredibly powerful synthetic opioid capable of producing effects up to one hundred times as potent as heroin, has recently made headlines.

Opioid Use Is On The Rise Nationally

Heroin has grown in popularity in Salinas, as well the rest of the U.S., for several reasons. America’s growing dependency on prescription opioids is one of the primary drivers of this modern epidemic.

Opioids are powerful painkillers, and doctors prescribe them for a number of ailments. Due to a lack of patient communication, and the assumption by patients that prescription drugs are non-addictive or free from negative effects, legitimate prescription use has slowly grown to addiction, in many cases.

While those addicted to opioids come from all backgrounds, and all have come into addiction at their own paces and for unique reason, they all share the need for proper opioid addiction treatment.

Without treatment, those who have found themselves in the throes of addiction risk life-threatening side effects, and put themselves and loved ones in a dangerous position.

If a heroin user’s level of addiction is severe enough, the withdrawal symptoms can be life-threatening.

Those suffering from substance abuse who want to get clean need medically-assisted detox services, or they risk dying from their addictions or falling back into regular opioid use.

Despite the growing number of drug-related crimes and overdose deaths, there are several opportunities for users to seek help before an addiction turns fatal.

Salinas residents struggling with substance abuse issues are in need of a judgment-free treatment process and access to counseling.

That’s why it’s so important for those battling drug addiction to understand the resources at their disposal.