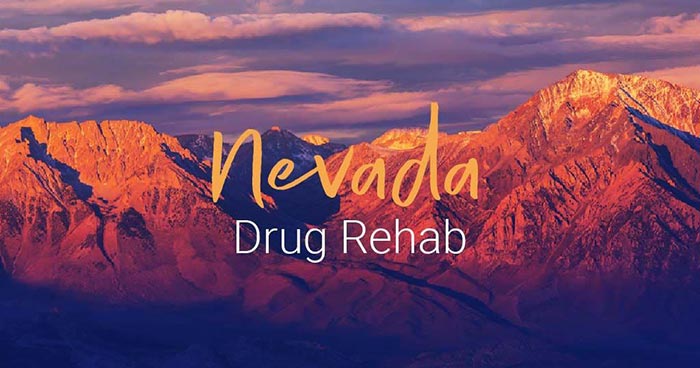 Nevada’s population is growing, and recent studies indicate that more substance abuse resources are needed to prevent and address addiction issues in the area.

According to the Nevada Prevention Agency Strategic Plan, hundreds of Nevadans die each year from drug and alcohol-related illness and injury.

A majority of Nevada residents do not address their substance abuse until they are in emergency situations and forcibly admitted to an inpatient program during an emergency room visit. This is sometimes due to lacking the resources to attend a treatment program. It can also be due to the stigma of addiction, where individuals feel they aren’t “bad enough” and don’t have a problem until it’s in a dire situation.

In recent years, substance misuse has increased in specific populations in Nevada, including youth, pregnant women, and older adults (65+). Vaping and e-cigarettes have also become more popular among Nevada’s youth (12+).

The most misused substances in Nevada include:

Alcohol is one of the most abused substances in the nation. The drinking rate in Nevada has decreased in recent years but remains higher than the national average. Binge drinking is significantly higher among adults in Nevada, compared to the rest of the nation.

When an individual abuses alcohol as a teen, they are more likely to continue abusing alcohol as an adult. This leads to more significant issues with alcohol-related addiction and abuse in the United States.

The opioid crisis has influenced every state across the country, including Nevada. Several patterns of opioid misuse mirror national trends, including:

The following statistics reflect the rate of opioid abuse in Nevada over recent years:

Marijuana Misuse and Enforcement in Nevada

Marijuana is now legal for recreational and medicinal purposes in Nevada, which may have influenced the state’s behavioral health and substance abuse rate, according to a local substance abuse report.

Since it was legalized in 2017, marijuana use during pregnancy has more than doubled and has surpassed all other substances. The adult LGBT community in Nevada also has a significantly higher percentage of current marijuana use.

The following reflects marijuana use in Nevada:

Nevada is currently experiencing a shortage of mental health professionals. This shortage is thought to be because of the high ratio of low-income residents to providers in urban areas in the state. There is also a high percentage of mental health needs in the northern part of the country.

Individuals with substance use disorders and mental health disorders are diagnosed as having a co-occurring condition or dual diagnosis.

Notable mental health trends in Nevada are as follows:

Due to the numerous rural areas throughout the state, there are significantly fewer treatment options available. Individuals in Nevada may want to consider traveling outside the area to attend addiction treatment.

Matching treatment settings, interventions, and services to an individual’s specific situation is vital to their ultimate success in recovery.

Why Addiction Treatment Length is Important

When someone decides to enter addiction treatment, they must remain in treatment for an adequate period. How long someone should stay in treatment will depend on their exact substance abuse issues.

Research indicates that those who have struggled with substance abuse for more than six months will require at least three months of treatment to reduce or stop their drug use for a long-term period.

Recovery from substance abuse is a long-term process and may involve returning to treatment. Because individuals commonly leave addiction treatment too soon, treatment programs must include strategies to engage and keep patients in treatment.

Elevate Addiction Services has a location in South Lake Tahoe, conveniently located near major cities in Nevada, such as Reno and Carson City. Elevate offers holistic addiction treatment that is highly customizable.

Clients at Elevate will participate in the following evidence-based treatment methods:

At Elevate, we do not subscribe to the notion that addiction is an incurable disease. Instead, we promote healing through self-discovery and empowerment.

Four Phases of Treatment at Elevate

The substance abuse programs at Elevate break down into four phases:

Phase One of Our Treatment Program:

Individuals will detox from all substances and become physically stable with an on-site clinician’s supervision. This phase is not technically addiction treatment, but it’s a vital building block to a successful recovery.

Phase Two of Our Treatment Program:

Once someone is off of all substances, they will continue to phase two. During this phase, they will participate in exercise and nutrition planning to improve their overall health and heal from potential vitamin deficiencies caused by their substance abuse.

Phase Three of Our Treatment Program:

While continuing their work from phases one and two, individuals will dive deeper into emotional healing during phase three. During this stage of treatment, individuals work one-on-one with their counselors to address and repair relationships with their loved ones and work on forgiving themselves.

Phase Four of Our Treatment Program:

Although this is technically the “last” phase of treatment, we start to talk about aftercare very early on during phase one. At Elevate, we know this is important because everyone will eventually re-enter the world and leave treatment. So our programs are designed to ensure that our clients have the tools and skills necessary to stay sober on their terms.

Are you or your loved one in need of addiction treatment? Don’t wait. Call Elevate Addiction Services today to learn more about how we can help you on the road to recovery.