Methamphetamine Abuse, Dependency, and Related Crimes Are a Huge Problem In Northern California 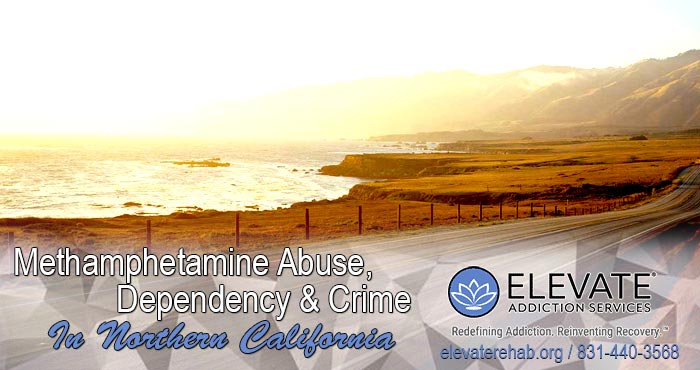 Drug abuse and addiction take the lives of roughly 120 Americans every day. While prescription opioids and heroin have claimed most of these lives, methamphetamines are one of the top drugs abused in Northern California.

Methamphetamine, often referred to as “meth,” has terrorized the West Coast for years. Recently, the price of meth has decreased, causing availability to skyrocket.

Most Americans are unaware that the dangers posed by meth go beyond health risks to the user. Laboratories dedicated to meth production are:

Additionally, due to the nature of meth production, meth laboratories are prone to violent explosions.

The force of such a blast is incredibly dangerous, and the chemicals released by such an explosion are equally hazardous.

Anyone taking methamphetamine faces lasting, potentially fatal health risks. Most people snort or smoke the drug in search of an intense feeling of euphoria.

Others report feelings of boundless energy and superhuman strength related to the drug’s ability to stimulate the brain’s dopamine and adrenaline centers.

While meth can cause increased energy and alertness, this temporary high comes with an increased breathing rate and an accelerated heartbeat.

This condition can significantly increase the risk of succumbing to hyperthermia, a potentially fatal if the user does not seek medical treatment.

Once the immediate effects of meth use wear off, the “come down” experienced by those struggling with meth addiction is dramatic.

Most people who abuse meth report the following symptoms:

This physical and emotional down spiral spurs someone into securing another dose as quickly as possible, strengthening the grip of their dependency on methamphetamine.

Meth use also perpetuates long-term health problems beyond the immediate effects of the drug.

How Meth Hijacks the Reward Center

Methamphetamine interferes with the brain’s dopamine production center, and eventually, those struggling with addiction will develop a resistance to the dopamine they produce in their bodies.

Dopamine is the neurotransmitter responsible for “reward” feelings, such as excitement and happiness, and some individuals are unable to naturally experience these emotions ever again.

California law enforcement agencies and drug enforcement organizations such as the Drug Enforcement Agency (DEA) and the Drug Abuse Warning Network (DAWN) have tracked methamphetamine use in the state for decades.

Meth use spiked in the late 1990s and has continued an upward trend since. Likewise, the number of people seeking treatment for meth abuse has seen an increase as well.

Research from the DEA, DAWN, and law enforcement at the local level indicates that the Northern California meth trade is responsible for countless domestic disturbances and violent incidents.

Not only can someone become aggressive while under the effects of meth, but those suffering from withdrawal have a propensity for lashing out violently and unpredictably.

Drug crime is often closely tied to gang activity, and most gangs in California operate out of specific territories. This status quo inevitably leads to turf wars between gang members as they encroach on each other’s boundaries.

The most organized criminal organizations arm their laboratories with booby traps for interlopers and law enforcement, creating even more significant risks for members of the surrounding community.

Parents who use meth typically fail to keep their homes in suitable condition, forcing their children to fend for themselves.

The proximity of Mexican drug cartels to Northern California is a significant factor contributing to the region’s struggles with methamphetamine addiction.

The state has long been regarded as a gateway for illicit drugs entering the U.S., primarily through the southern border.

Drug cartels have enormous influence in Mexico, and most are armed and operated like private militaries.

Most cartels have been in operation for years and have vast experience in eluding law enforcement.

The drug trafficking network between Mexico and the United States extends across the country, including Northern California.

The presence of multiple trafficking channels and such a large population of potential users prevent law enforcement from efficiently tracing meth shipments, even with the sophisticated techniques and technologies at their disposal.

Combating Meth Use in Northern California

While law enforcement and drug oversight agencies ramp up their efforts to stop the illegal meth trade, drug addiction treatment specialists and advocacy groups make significant efforts to help those affected by meth abuse get the help they need.

Meth addiction is challenging to overcome without the proper care and supervision. Many people taking meth are in dire need of an intervention from social services and affordable legal representation.

Recovering from meth may bring out long-term health complications in the form of:

That’s why it’s so vital for people to connect with a reputable, experienced treatment center. Any addictive substance can cause significant health problems, and drugs like prescription opioids and heroin are causing an increasing number of overdose deaths across the nation.

However, those in Northern California are at uncommonly high risk for falling down the dark path of meth addiction.

At Elevate Addiction Services, we understand that methamphetamine abuse is best treated in a holistic fashion that replaces the need for the drug’s effects and experience, replacing the rush of methamphetamine with a rush of exhilaration from experiencing life and sobriety.