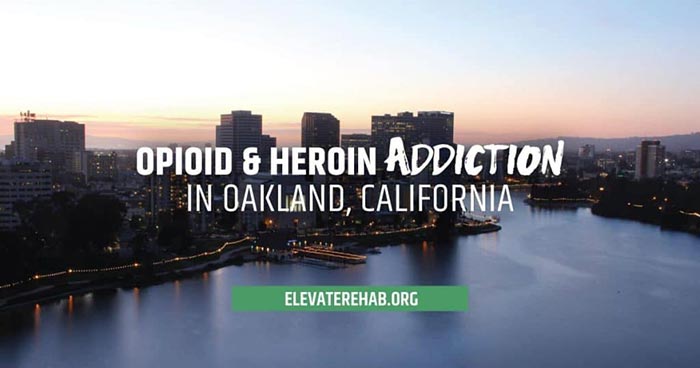 The ongoing opioid epidemic in the United States has led to tragic consequences for communities all over the country, and spanning all walks of life.

In Alameda County, opioid addiction has caused severe consequences in many forms.

Drug crime continues to be a pressing issue in these communities, and the statistics of overdose deaths are fueling a disturbing upward trend.

Fatal Trends Regarding Oakland Heroin Use and Opioid Abuse

Opioid and heroin addiction are complex issues, and many new heroin users report starting their use of the drug after taking prescription opioid painkillers.

Once refills are no longer available and addiction has set in, heroin becomes an affordable, accessible, and attractive alternative.

While the opioid statistics in Oakland may trend below national averages, the rates of addiction, overdoses, and overdose deaths continue to increase.

Since 2009, the numbers regarding opioid-related overdose deaths, opioid-related hospital visits, naloxone deployments, and overall opioid use have continued to rise in Alameda County.

Deaths from opioid abuse are only one of the negative consequences. Studies from the Alameda County Safety Net Working Group indicate that for every single opioid-related death, there are:

One of the main driving forces behind this upward climb in mortality rates is the sheer number of opioid prescriptions written for Alameda County residents.

In 2015, there were about 563 opioid prescriptions per 1,000 residents. This equates to roughly one out of every two residents having a prescription.

The most common prescriptions include:

Buprenorphine, also known as Suboxone, is a common medication used to treat opioid addiction, as is methadone.

In 2014, about two-thirds of the 859 opioid-related hospitalizations in the county involved individuals who used some source of publicly-funded payment, such as Medicare, Medi-Cal, Alameda County’s indigent care program or HealthPAC.

Another major problem contributing to the opioid crisis in Oakland and beyond is the viability of alternative pain medications.

Most of the people who develop a dependence on opioid painkillers have legitimate medical reasons for taking pain medications, such as chronic pain management, recovery from surgery, or recovery from traumatic injuries.

Unfortunately, while opioid painkillers are extremely effective in managing pain, they are also highly addictive.

Most people naturally assume that medications prescribed by doctors are safe to take and do not account for the high risk of addiction these medications carry.

From Painkillers To Heroin

Once addiction sets in, detox and treatment should be a top priority.

Unfortunately, many people with legitimate medical conditions may not realize that their discomfort is due to opioid withdrawal.

Oakland heroin use has climbed in recent years, most likely due to people desperately searching for an alternative to prescription painkillers.

Over the past seven years, the number of drug treatment episodes for heroin in the area has eclipsed all other opioids.

Between 2010 and 2012, heroin-related treatment incidents occurred locally at three times the rate of all other opioids, and that rate increased to seven times by 2015.

Another major factor in the ongoing opioid crisis is the increased appearance of fentanyl, a synthetic opioid that can be as much as 100 times as powerful as heroin.

A fatal dose of fentanyl is only a fraction of the size of a fatal dose of heroin, and a rash of recent fentanyl-related overdose deaths in the area point to counterfeit pills containing fentanyl hitting the market.

Fentanyl is relatively cheap and easy to produce, and the effects lead to a more potent product for drug dealers. There is no quality control system for the illegal drug market, so unwary buyers may be purchasing doses far more powerful than they are able to handle.

Some people mistakenly believe that opioids in prescription pill form are safer than heroin and other illegal opioids.

One counterfeit pill maker took advantage of this false sense of security to produce fentanyl-laced pills that mimic the appearance of hydrocodone Norco tablets.

While the buyers believed they were purchasing typical Norco, they were actually buying something far more potent and deadly.

Alameda County and the rest of the country anticipate the results of new, non-addictive pain medications, but it is unclear whether these will be a functional replacement for prescription opioids.

Although non-addictive alternatives may prevent new cases of opioid abuse and overdose deaths, anyone who is already suffering from opioid dependency or addiction needs to enter treatment as soon as possible.

The longer an opioid addiction continues, the more severe the effects become, and the more powerful the addiction’s hold grows on the individual.

While future non-addictive pain medications may help curb the rising tide of new opioid addiction cases in Alameda County and beyond, people currently struggling with opioid dependency need to know the importance of seeking treatment as soon as possible.

Elevate Addiction Services in Northern California provides detox, inpatient and outpatient treatment for all types of substance abuse, and opioid abuse is one of the most difficult types of addictions to break.

During treatment at Elevate, clients have access to a wide range of therapies focused on nutrition, physical fitness, and comprehensive counseling to overcome the psychological and physical hold of addiction.

Alameda County residents struggling with opioid and heroin addiction can reach out to Elevate Addiction Services for help in turning their lives around.