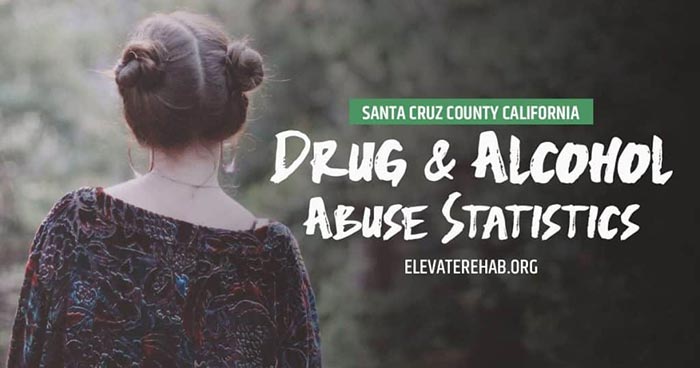 Though illicit drug and alcohol abuse is a statewide problem, it is particularly prevalent in Santa Cruz County.

Unlike other areas that often see spikes of one particular drug, the area’s abuse rates cover various drugs–from marijuana and cocaine to hallucinogens and prescription drugs.

The statistics offered by the Santa Cruz County Health Department show a large disparity between the state and the county.

The percentage of adults who need help for emotional/mental problems or drug and alcohol problems for California is 15 percent, and for just Santa Cruz County, it’s 22 percent.

These numbers suggest that the county is fighting a larger battle against drugs than other areas in the state. The drug and alcohol issues of Santa Cruz County top the state.

The problems of Santa Cruz County have recently become part of a national spotlight on the drug epidemic in the United States.

There have been at least four high-profile overdoses in Santa Cruz County that resulted in fatalities in 2015, all under the age of 25, and stem from a mix of drugs known as a cocktail.

The mixes of drugs vary; they can include:

Some of these drugs speed up the heart and nervous system, while others slow it down. The inclusion of alcohol adds an even higher level of danger to the drugs.

Some users will use one kind of drug to counteract the other’s effects, assuming that they can be taken together because they both aren’t downers, but combining any of them can be deadly.

According to the Santa Cruz Sentinel, part of the issue in Santa Cruz County is that many of these drugs have become more readily available.

Young adults and adolescents–people who aren’t aware of how harmful it can be to mix drugs with alcohol or other substances–are the groups most likely to abuse drugs.

The Demographics and Substance Abuse in Santa Cruz County

Though addiction at any age can be crippling, those who seem to struggle the most in this area are young.

Adolescents in Santa Cruz County are struggling with addiction at an alarming rate, which is a problem for many reasons.

The brain is still maturing during adolescence. The prefrontal lobe–which controls emotions, is not thoroughly developed, so this demographic doesn’t fully appreciate the long-term consequences of drug use or the dangerous behaviors in which they may show while on drugs.

The Far-Reaching Effects Of Drug Abuse Among Adolescents

Recent studies, such as the California Healthy Kids Survey, concluded that:

Abusing Drugs and Alcohol While Driving

Most California students can begin driving during their sophomore year of high school. Because they are new to driving and somewhat because their brains are still developing, these drivers are already a risk on the roads.

The risks to themselves and others skyrocket if they abuse drugs or alcohol while driving.

The number of alcohol-involved vehicle accidents for licensed drivers has climbed steadily in the past decade.

When people are driving while under the influence of any drug or medicine, the consequences go far beyond themselves.

Accidents involving people under the influence of drugs or alcohol often affect others. They must live with the aftermath of someone else’s choice to drive while intoxicated.

The effects of substance abuse on those who use are countless and can be permanent. The results are heightened when the abuse starts young.

Risks of Drug and Alcohol Abuse in Santa Cruz

Drug abuse may mask an underlying mental disorder that causes these issues, such as bipolar disorder or major depressive disorder. These disorders can lead to fighting, stealing, and other negative behaviors.

Drug and alcohol abusers are more prone to engage in risky sexual behavior, which is especially true of adolescents who are likely engaging in sexual activity for the first time.

Unprotected sex is common, leading to higher incidences of sexually transmitted diseases (STDs). In Santa Cruz County and California, the risk of HIV and AIDS is down from 10 years ago.

However, drug-abusing teens and young adults remain at higher risk than those who don’t engage in substance abuse. They are also at higher risk for Hepatitis B and C and other blood-borne infections.

Drug and alcohol abuse damages short-term memory and can lead to long-term memory problems. This can cause long-term learning problems in teens and young adults.

Substance abuse may be a way for individuals to self-medicate. For instance, those with undiagnosed ADHD may find certain drugs calm them or help them stay focused.

Drug abuse will continue to mask learning disabilities or other diagnoses from kids in this age group. Others will use drugs to dull their lives’ difficulty that may involve family strife, bullying, or fear of failure.

If adolescent drug and alcohol use remains untreated, severe brain damage can occur.

Some teens and young adults experience amnesia from drug use. Overdose is common because of adolescents’ lack of decision-making skills at this age.

Other health risks include:

In severe cases, someone may enter into a vegetative state. Some teens and young adults end up in nursing homes, needing full-time round the clock care.

Substance Abuse and Arrests for Adults and Juveniles

Because drug use may mask other disorders, statistics may under-represent the actual numbers.

The Corresponding Rise Of Substance Abuse and STIs

Teens are vulnerable to drug use, but the incidence among Santa Cruz County adults is also high.

Adult alcohol and drug treatment admissions are well above average in Santa Cruz County and have steadily increased since the early 2000s.

Unfortunately, cases of STDs seem to rise with increases in drug use. As of October 2016, cases of chlamydia, gonorrhea, and syphilis have increased.

There were about 845,000 drug and alcohol-related emergency department visits nationwide in 2011, according to the Substance Abuse and Mental Health Services Administration (SAMHSA) and the Drug Abuse Warning Network (DAWN).

That number has climbed since, particularly in states like California; more than 400 of those visits involved marijuana, and more than 300 involved alcohol mixed with drugs.

Most people brought to emergency departments for substance abuse are between the ages of 18 and 25.

Of these patients, most receive care due to addiction to marijuana or prescription painkillers.

Heroin–one the most addictive of all drugs–is the next most commonly used drug, with about 228 emergency department visits in 2011.

Drug-related hospital discharges in Santa Cruz County have been well above the national average for more than a decade.

Although this trend is declining, the rate can be as high as 10 percent of people per 100,000. Adverse events after hospital discharge are common for drug-abuse patients, too.

In 2016, about 19 percent of patients in the US had an adverse event; most were preventable.

They do not include dual diagnoses or cases in which substance abuse is partially responsible for the onset of physical symptoms.

Without adequate follow-up and rehabilitation, these patients are far less likely to stay sober.

Several factors are contributing to Santa Cruz County’s rise in drug abuse. The area–like other areas that struggle with drug addiction–also faces different challenges. Homelessness and transience are significant factors.

Though working hard to find answers, the county doesn’t have the resources it needs to help all who suffer.

Additionally, it seems as if the rise in drug use has spread from those on the street to younger adults–those in high school and the nearby The University of California, Santa Cruz.

Substance abuse disorders and treatment cost Santa Cruz County about $207 million per year.
Only 3.3 percent of that total is spent on treatment.

Finally, dual diagnosis–the term used to describe those who have both a mental illness and a substance-abuse disorder–remains an obstacle for many substance abusers in Santa Cruz County.

The high rate of drug incidents involving younger users may be the focus. This might mean older adults who suffer from both mental health issues and substance abuse may not be getting attention or the correct diagnosis.

The Santa Cruz County Health Services Agency and Board of Supervisors are enacting a multi-phase plan to help solve the area’s drug and alcohol issues.

With this information, Santa Cruz County HSA was able to propose workable goals and outcomes.

During this phase, changes to the Drug Medi-Cal (DMC) program were proposed and made to provide more people with affordable treatment.

Short-and long-term financing for treatment facilities and other programs was examined during Phase 3, April – May 2015.

The good news is that people are seeking treatment. Since the HSA plan implementation, most treatment facilities around Santa Cruz County have increased their clientele.

Prevention coalitions, such as the United Way of Santa Cruz, also have seen an increase in funding, which goes a long way to help those who are addicted and can’t afford help.

Despite the risks associated with drug and alcohol use, many people do not receive treatment or even ask for help.

Across the US, statistics indicate 85 percent of drug users won’t ask for the help they need.

Often, those addicted to drugs are reluctant to request help due to fear of legal repercussions. Even for those fighting addictions to legal substances, such as alcohol, there is still a stigma that prevents many from seeking help.

In other cases, though, there is a more concrete reason for not finding the appropriate help. Many drug users don’t have health insurance that would cover addiction treatment.

Though the Affordable Care Act offers some help, many addicts have no type of insurance. Only about 35 percent of addicts without health coverage will ever seek treatment.

Severe drug and alcohol abuse impede the ability to meet this requirement. Under or unemployed substance abusers may not receive enough aid to pay for rehabilitation programs. The legal residency requirement may prevent some people from getting help.

Drug and alcohol abuse rates in Santa Cruz County are now at astounding levels, and residents of the area are eager to seek help to end their addictions.

At Elevate Addiction Services, we invite members of the Santa Cruz County community that are struggling with substance abuse, chemical dependency, and alcohol abuse to contact us and allow us to show you that there is hope for recovery.

We will work with you to achieve your recovery goals.